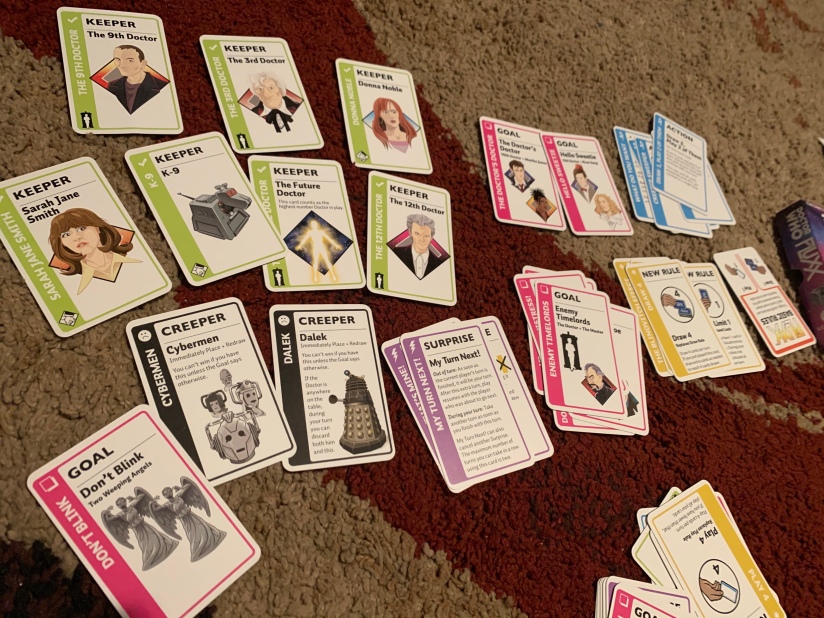 If you haven’t played Doctor Who Fluxx, you’re missing out. It’s a great combination of all the Doctors, many companions and plenty of villains.

However, one of my fav Doctor Who games got an expansion which the hubby bought for me this weekend: The Thirteenth Doctor! 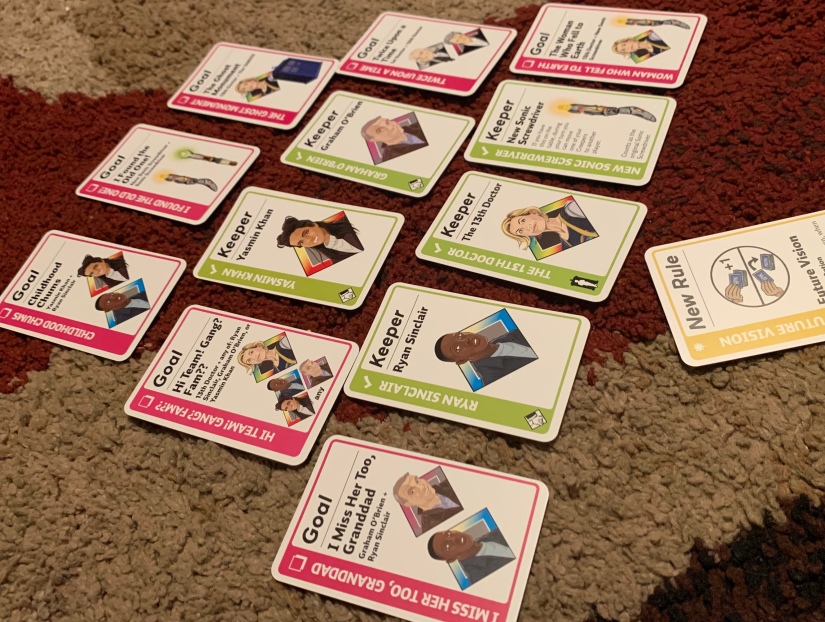 For those who are not familiar with the game, Fluxx is a game where you start with three cards and there are only two rules: draw 1 then play 1. New cards played by other players can change these two rules… but there are always two rules. No more, no less… unless you’re trying to reach a goal (insert prequel Star Wars Sith joke here.)

The original Fluxx game includes all the original Doctors. The rule cards are the same as any other Fluxx game, such as changing the never of cards you draw or play. It’s the goals, creepers and keepers that are tailored to whatever license the game has been designed for. The art quality is pretty on point and generally looks like the actors PR images.

It’s a nice easy game for the whole family to play. I’m very excited to add the newest Doctor to the deck.