It was announced this week that there will be a Thirteenth Doctor ongoing series. Even better, it is being crafted by an all women creative team! For those who are saying, “It shouldn’t matter what gender they are, just hire the best people for the job,” well, if you look at who they hired, I think they did just that. 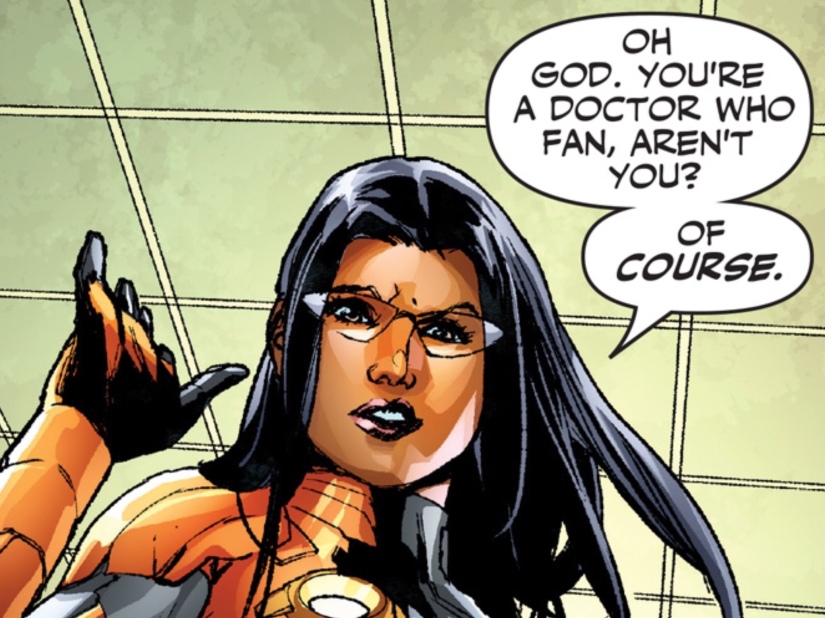 Jody Houser has been writing some phenomenal books, my two favorite are her take on Star Wars Thrawn, which just came out this week and Valiant Comics character Faith. Faith is a plus sized superhero that is also a massive nerd. Her books are constantly filled with Doctor Who references and jokes. Houser has a much longer list of writing credentials. After all, she’s won an Eisner! However, if you’re looking for a hint for her love of Doctor Who, Faith is the series to check out. 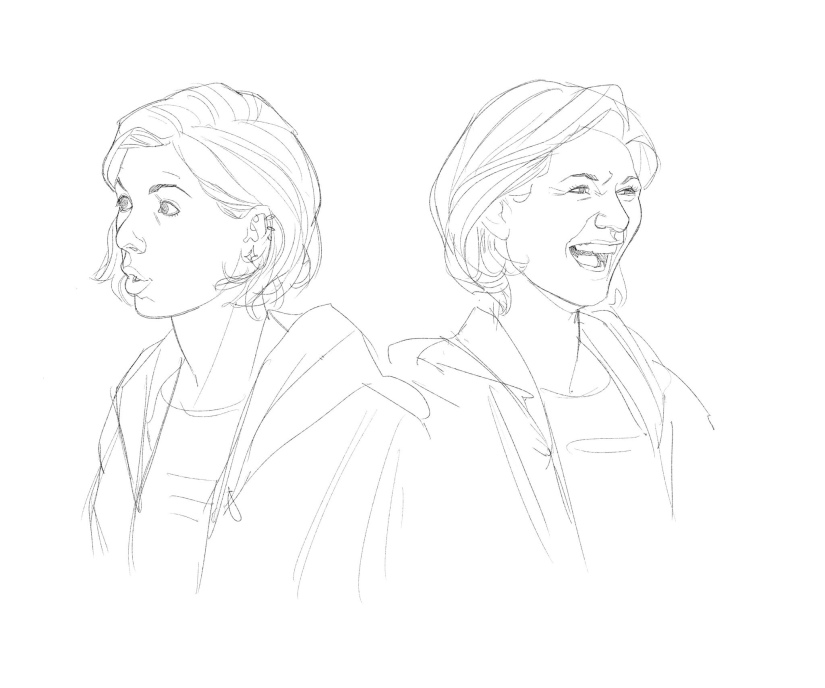 For art, the Thirteenth Doctor will be drawn by the amazing and insanely creative Rachael Stott. Stott was an art who ga8ned massive attention via social media who was then hired to work on the Twelfth Doctor comic. Peter Capaldi even sent Stott his fan art because he loved her work on the comic so much. Stott is know for wildly accurate faces that are massively expressive. She’s also really good at rendering gorgeous hair. 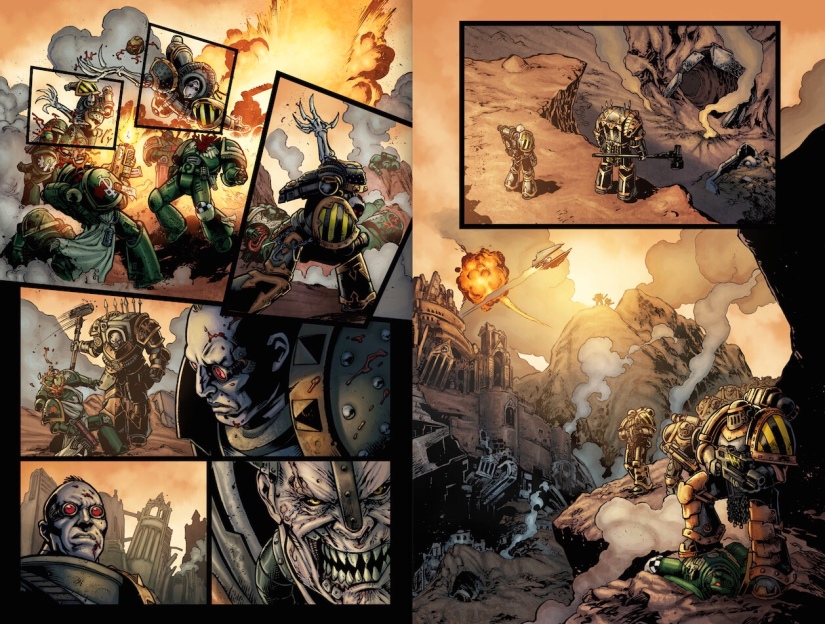 Finally, the colorist is the person I’m the least familiar with, Enrica Angolini. So, I thought I’d check out her work in Warhammer 40000. While the story is not my cup of tea, her color work is gorgeous! She has such a wonder grasp of shade, lighting and perspective.

Between Stott’s lines and Angolini’s color, this book will be breathtaking. Add in Houser’s nerdy humor and adventurous storytelling and there is no way this book can’t be amazing. The best news is that Titan has said this book will be released in the fall, coinciding with the premiere of the television show. This is spectacular, since the comic can sometimes run half a year or more behind the developments on the television show. If BBC and Titan are working together to keep the comics more up to date with what is happening on the screens then that should result in better stories on the page, and hopefully better sales too.

If you want to read some of my other opinions about Doctor Who comics, check out my reviews over at Comicosity, as well as interview with artist Rachael Stott.

What do you think about the announcement of this new creative team? Leave your comments.

Vegetarian Taco Salad
This is THE KIDS burger...